1. PINK FLOYD - THE GOLD IT'S IN THE...
Obscured by Clouds (1972)
This is one of my all-time favorite Pink Floyd song from the bands soundtrack for the French film La Valee (Obscured by Clouds) in 1972. Has a great, boisterous sound to it, and features some classic yet comfortable classic rock riffs.


This six-and-a-half minute long piece by Supertramp features some of what the band is best at- ambiance, pop inflections, interesting compositions, and again a fantastic atmosphere.

3. PHISH - PRINCE CASPIAN
Billy Breathes (1996)
A very subtle closer to my favorite Phish album, the song has some great vocals by various members of the band, a consistent and enthusiastic melody, and just about everything else good about a Phish song.

4. KRAFTWERK - KOMETENMELODIE 2
Kraftwerk - Autobahn (1974)
One of the more palletable songs on the Autobahn album, Kometenmelodie 2 fixes all of the weakness of Kometenmelodie 1 into a cheap-thrilling, yet very enjoyable bouncy electronic tune.

5. OYSTERHEAD - PSEUDO SUICIDE
Oysterhead - The Grand Pecking Order (2001)
A song from an album that features members of Phish, Primus, and The Police rocking at their very hardest, Pseudo Suicide crams grungy edge and abstract song writing into a blissful cacophony of chaotic jamming. 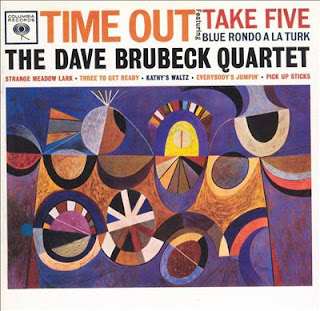 Why such a name? Well originally when Dave Brubeck was going to release this little album Columbia was against it. The album was quite experimental for the time, featuring some wacky time signatures that weren't exactly common such as 5/4 or 6/4. It was released nonetheless to some criticism of Brubeck's work and accusations that he had tampered with the jazz scene. Looking back though it is one of the best jazz albums ever recorded.
Though it features a small tracklist, Time Out takes advantage of it's mere seven tracks to dole out some of NYC's coolest jazz of the fifties. The album was recorded in the time considered to be the "classic quartet lineup" which lasted from 1958-1968 and features Joe Morello's aforementioned abstract time signatures. Brubeck himself does a good job at the piano as usual, but Desmond and Wright are the main reason that the music is as relaxed as it is. Perhaps the wildest the album gets is on 'Take Five', where the music really starts breaking the mold with one of my favorite songs played in minor ever. Unsurprisingly, the song became somewhat of a landmark on late fifties jazz.
In conclusion, Time Out is a legendary album that anyone calling themselves music aficionados should buy and cherish forever. 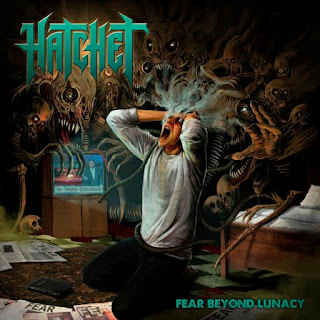 
Many times I've thought it would be a good idea to have a separate genre for metal albums with invasive political themes. The big four have been making songs about the topic since their inception and have been inspiring metal bands to do the same for decades. But eventually there will be a band that reaches the same quality as the pioneers. With 2006's Hatchet, it seems it is time the student becomes the master, and creates perhaps the greatest metal album of 2015. Musically, Hatchet's influence is obviously from 2000's Anvil, with heavy focus on drums and a consistent riff pattern hellbent on belting out music as fast as possible is clear on many tracks. Yet there are many times where the music slows down with either more traditional metal or inclusion of symphonic elements. The opening to the album, 'Where Time Cannot Exist' is a prominent example of echoing melodies that clash with one each-other (perfectly complemented by the fantastic production quality). To be frank, most of the best parts of the album are these such parts and they really bring color to the thrash genre. Vocalist Julz Ramos is a very talented man who would've fit in perfectly with the likes of Steve Kudlow, Dave Mustaine, and Bruce Dickinson. Same goes mostly for the overall playing skill and song composition as a whole. Like the cherry on the proverbial sundae, the wonderful 80's style cover and creative name tops off this entire masterpiece of modern metal. Rock is dead? Get the hell out of here.

I beg you, reader, to listen to this album and give it more attention. It is wonderful, underrated, and deserves more praise.

© 2016- The Frying Pan & Thatcher
Originally written for Metal Music Archives on 3/18/2016.
Visit the site at www.metalmusicarchives.com
Written by Unknown at 8:20 PM No comments: