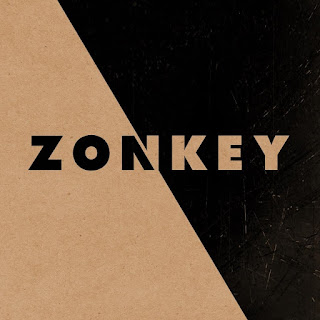 Umphrey's McGee
Zonkey
2016
Nothing Too Fancy


Mashup albums are not exactly commonplace in the music world, especially those produced by a single group. Most bands are fixated on producing their own material before parroting others'. Umphrey's McGee, South-Bend's golden boys, have created for themselves a (mostly) positive reputation with their nine current studio releases, and have gained quite a bit of traction in the both prog and jam scene. So they thought, why not: let's release a mashup album. Seems like a pretty good idea to me; the band has shown themselves to be skilled, charismatic and genuinely intelligent on more than one occasion. I was pretty excited when first hearing about it. So excited in fact that I forgot that it even came out until half a month later. So now, finally, we get to see the finished product.


Zonkey's it's name, and it's pretty alright. I've always liked mashups, even if they feature songs that I don't necessarily like but hold name-recognition value to me. This focuses (mostly) more on the rock side of music monoliths, which is much more my forte. Bands that are mashed include but are not limited to: Metallica, Gorillaz, Bob Marley, Pink Floyd, you name it. To cover such a wide range of genres, each member of the band contributes vocally depending on what style it is. A notable example of this is drummer Kris Myers absolutely nailing the Hetfield -like, eerily so. Some of the mashups are undeniably better than others. I'm not a huge fan of the Eurythmics / MGMT / Corey Hart 'Sweet Sunglasses', mainly due to personal music preference. Also, a name like that isn't bound to register much out of me (I mean come on- "Sweet Sunglasses"?). However the opener 'National Loser Anthem' is fantastic. Stylistically it was a great idea to start the album out with the eeriness of Radiohead, albeit with a drop of Beck in there. The best part in my opinion of the song is the second half, where 'In The Air Tonight' comes into play with the iconic Roland CR-78 drum beat. 'Frankie Zombie', with perhaps the most odd combination (White Zombie, Pink Floyd and Frankie Goes to Hollywood) is rather good as well. If we're looking for progressiveness, or at least Umphrey's type, then 'Life During Exodus' nearly fits the bill. The reggae of Bob Marley mixes surprisingly well with Frank Zappa's experimentation and the quasi-jazz rock of Chicago.

I would explain more but I believe, in the certain circumstance, that Zonkey is an album that'd be a disservice to you, reader. With such a wide range of genres and talents being covered, the album encapsulates stupidity, quirkiness, skill, all in one package. Is it essential? No, I don't believe so. But I'll be damned if Umphrey's didn't pull it off in a great way. Things are just looking up-and-up for these guys. 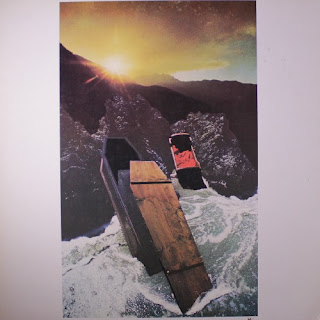 Every time I've seen Iron Butterfly's history, their profile has a whole, and the music they've created, I've always thought of them as an extremely fragile band. In-A-Gadda-Da-Vida, for all intents and purposes, should not have been as successful as it was. An 18-minute long acid trip jam? Many others at the time tried to achieve the same thing and failed, but these Californians somehow managed to turn such a product of the times into a product that stands the test of time (and made a boat-load at that). Something as miraculous as this is hard for anyone to followup, let alone a half-stoned shit rock band like Iron Butterfly was. They managed it though, the following album Ball (1969) charting even higher than it's predecessor in the U.S.

Iron Butterfly managed to make magic happen twice. I guess the obvious question that should and was asked was: "can they do it again?" Yes and no.

There's a difference this time around. Metamorphosis, released the following year after Ball, charted at 16 in the U.S. Now, in any other circumstance this would be laudable, because obviously it's not easy to whip up a record that charts in the first place. But for Iron Butterfly, this was practically dismal. Granted, 'Easy Rider' did chart 66 on Billboard, being I.B.'s biggest hit since 'In-A-Gadda-Da-Vida', although I personally owe this more to the success of the latter and name recognition as opposed to song quality (who knows, the 70's were easily pleased).  So, financially-wise, Iron Butterfly were sort of able to hit the gold once more. However, musically-wise, Metamorphosis is different from all of it's predecessors, even including Heavy. What I was saying about Iron Butterfly's seeming fragility comes into play here, because the band slowly started going downhill after their monster-hit, and Metamorphosis was the last album regarded at least decently by critics. On this particular album, the original line-up is broken, with guitarist Erik Brann parting ways due to band conflicts. Replacing him, flatteringly enough, was four different session guitarists. Mike Pinera of Blues Image and Alice Cooper (as well as Ramadam, a supergroup formed with Mitch Mitchell of Jimi Hendrix Experience), Larry Reinhardt (future Captain Beyond along with Dorman), Bill Cooper, and even producer Richard Podolor on the twelve-string.

Metamorphosis is really the culmination of Iron Butterfly's slowly building up musical consistency since In-A-Gadda-Da-Vida. This applies for musicianship (because honestly they weren't the greatest players), production, and songwriting. The production is much higher, and allows for a more dynamic sound in both the experimental and traditional departments. Speaking of experimental, critics tend to refer to Iron Butterfly post-Vida as being more and more musically adventurous, and I would tend to agree. Metamorphosis puts a much greater emphasis on the progressive/space rock side of the band, something I've always found remarkably endearing when it comes to them in particular. Mostly this is on the smash epic 'Butterfly Bleu', a masterpiece of proto-metal and prog music that rivals even I-A-G-D-V (except is much more structured and, dare I say, intelligent?). Still retaining a spaced-out, pseudo complex attitude, 'Butterfly Bleu' manages to be heavy, emotional, and eclectic all in on package. It also funnily enough features one of the earliest uses of a talk-box (yeah, that thing Bon Jovi used on 'Livin' On a Prayer' to make his guitar go "wowowow") during a gritty section on the latter half of the epic. Of the traditional we have 'New Day', a Steppenwolf-esque song headed off by a disarmingly good catchy riff. 'Shady Lady' is, at times, your standard brand of funky blues-rock, but it delves into extremely dark tonal shifts at certain areas. The rest of the album is rather expected of Iron Butterfly, being basically cheesy rock n' roll tunes molded by quasi-hippie zeitgeist ('Soldier In Our Town'), but I suppose the big single 'Easy Rider' has it's moments as well.

The band itself does very well for itself on this particular album. As aforementioned, four different multi-talented guitarist make themselves well-known on Metamorphosis. Mike Pinera's (presumably) part on 'Butterfly Bleu' with the talk-box always makes me smile ever time I hear it. It really makes the song have a bigger personality (of course his vocals on the rest of the song is good as well, putting on a zealous, emotional performance). The Iron Butterfly themselves are nothing to scoff about of course, But it's clear that the talents of Ingle, Dorman, and Bushy are not without merit. The band's made their abilities clear ever since 'Vida' in '68, and here they meld almost perfectly with their session musicians.

Some may get turned off by Iron Butterfly's material, but for me Metamorphosis is nothing short of a wonderful surprise. People wanted the Butterfly--and they got the Butterfly.