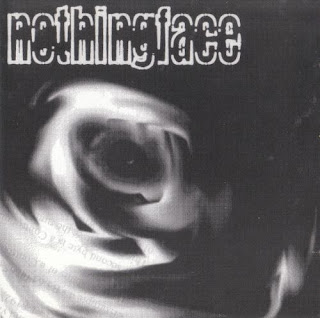 Nothingface's little-known 1995 debut unsurprisingly shows them at their most vulnerable and creatively amateurish. As a result the band seems to play much of their sonic onslaught safe, leaning heavily on their contemporary influences to guide them through the ordeal of a studio debut. These influences mainly revolve around the increasingly-popularized Korn sound with stocky, punchy drum fills and semi-reserved riffing to make way for what is generally the most-sought piece- the vocals. Such a production choice is a bit of a problem though as Matt Holt in his earliest stages really hadn't quite perfected his scream nor his clean vocals, both of which would become hallmarks of the classic Nothingface sound. At his best, Holt sounds like a mediocre proto-Chad Grey-esque character, with his emotional value not nearly being up to par with his future work.

The band occasionally hits some marks though- mainly because these lovable bastards are so talented- with really well-thought-out constructions in their music. For example, 'Severed' is likely the most epic and impressive tune out of the bunch, showcasing not only Houck at his best with his blistering syncopation but also a rather fantastic and roaring breakdown that makes the track hold up to even some of their greatest hits. I cannot for the life of me understand why it wasn't chosen as a track to re-record for Pacifier in '97. Another highlight is the atmospheric 'Communion', another very Korny track where Holt channels Jonathan Davis with a warbling, weak-sounding whisper layered on with microphone distortion effects, creating quite the formidable atmosphere for fresh-out-of-the-underground band. But while these tracks are indeed great and a fun romp either way, Nothingface 1995 is still an album that could do with much improving, which is almost certainly to be expected with such a new band who hasn't quite found their footing at this point in the music world. 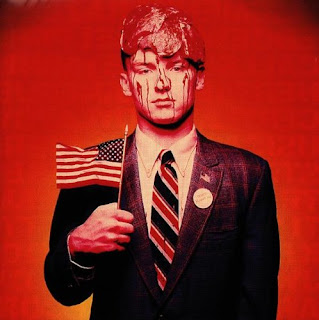 A string of fantastic albums preceded what is likely to be Ministry's least experimental yet their most brash release they've ever put out- 1996's Filth Pig.

Up to this point, Ministry's music had been extremely eclectic, installing them permanently as one of the greatest industrial metal acts to ever be. Psalm 69 marked their entry into the 1990's, as well as the third album to achieve fantastic reception and hailed as fantastic upon it's release. Four years later however Filth Pig changed that landscape as Ministry opted for a much more caustic and barbaric version of themselves- one that skipped the pleasantries of unusual influences and time signatures and skipped straight to the meal. This meant much more focus on down-tuned guitars and a newfound (and rather perplexing) sludge metal synthesis. This means that much of the "industrial" sound that made Ministry unique was replaced with a much more by-the-numbers heavy metal approach, replete with pounding drum hooks, throbbing guitar riffs- the whole shebang. But such a drastic change is hard to actually accomplish with a straight face...and it seemed that not even the great Ministry could manage the feat.

When it comes down to it, Filth Pig lacks the substance it's predecessors. The track 'Lava', while being a guilty pleasure song with it's wavering distortion and Al Jourgensen's hissing vocal backdrop, is a perfect example of how fleeting the experience this album brings is, as it follows practically the same structure as most of the other songs like 'Crumbs' and 'Useless'. To contrast, The Mind is a Terrible Thing To Taste had a tracklist that constantly changed from song to song, each one having a unique vibe. Filth Pig's songs seem to just bleed into eachother boringly, to the point where it sometimes becomes hard to tell between one and another. The sludgy hooks and beefy atmosphere seems more often than not bloated and overblown and are not nearly enough to keep the album afloat. The overall result is a group of brooding tunes that leave little-to-no lasting impact with their grandiose potential, but ultimately no extra spice to get them kicking like classic Ministry tunes. 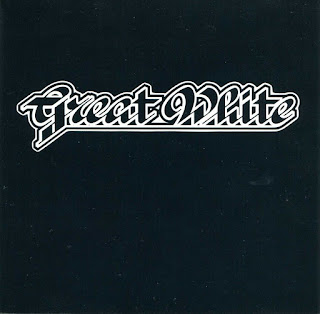 
If it weren't for the fact that Great White emerged from the United States, I would certainly confuse this release to be a part of the New Wave of British Heavy Metal movement of the early-1980's. This is because it's clear from their first record that Great White not only synthesized sounds from contemporary glam acts like Mötley Crüe and Quiet Riot, but also from emerging European groups such as Accept and Iron Maiden. This could be because the history of glam metal and the NWoBHM are very similar and happened at similar times, though on different continents.

But what differs Great White's 1984 breakout from albums like Killers or Breaker is the more pronounced hair metal nature of the record; from Jack Russel's catchy vocal hooks to punkish melodies, Great White channels the fabulosity of glam enough to differentiate them from their "darker"-in-tone European cousins. This also goes for lyrical value which, while not seemingly as brash and promiscuous as something Crüe might come out with, is still beautifully cheesy like on songs like 'Bad Boys'.

When it comes time to get heavy though, Great White certainly deliver. 'Substitute''s rollicking drum interlude interspersed with a chugging dissonant riff, the slowly rumbling and oddly dark 'Streetkiller"- these are just a few examples of how Great White uses the glam tradition of being able to please a stadium to bring an enjoyable (and often surprisingly intimidating) performance throughout. Though I will confess that Great White are prone to breaking the great atmosphere they create with awkward segues into uninspired cheesecake sections of pretty-boy rock, admittedly similar to what most glam-style bands do, which are presented seemingly as more of obligations than for sake of actual substance.

Great White's debut is much like a sore thumb compared to the rest of their discography. It's much more heavy, pugnacious, and raunchy than the more commercial style that they would go on to adapt. It remains a rather obscure and underappreciated piece of the sprawling puzzle that is 80's metal. 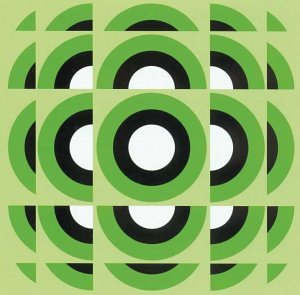 
It had already been five years since tenor saxophonist Topaz McGarrigle's Texan jazz act made it's debut by the time the group's third studio album rolled around. It's hard to judge whether or not they were earning the fruits of their labor because, other than the occasional resurfacing of McGarrigle such as his new band Golden Dawn Arkestra, the group has practically erased themselves from all the books.

Topaz were hampered down their whole career by a changing music scene after their pilgrimage from Texas to bustling New York City. McGarrigle's idea was to take advantage of the reinvigorated neo-futurist (as I like to call it) jazz casually gaining momentum in the 90's and market his and his groups talents within it. Problem was, hip-hop and R&B had been gaining momentum much more within the same decade, so much so that the hype for this new medium basically snuffed the jazz candle from any mainstream success. Although Topaz never truly made it to any high status or really even cult status sadly, they nevertheless delivered several great releases as they continued to evolve, regardless of how much attention they were getting...or lack thereof.

Topaz' music isn't exactly revolutionary, nor is it exceptionally technical like you might expect a contemporary jazz fusion act might be. Of course, McGarrigle's work on the sax is extremely proficient in both standard style and avant-garde, as well Squantch on the trombone. But what Topaz's The Zone exudes more than anything is personality. Tight knit instrumentation can bleed perfectly into rich improvisation, making the entire group, while not exactly attempting to show themselves as the most technically robust jazz act out there, still manage to make themselves seem like living legends with class alone. This could in part be due to the influence electric-era Miles Davis had on them, and to which they owe much of their structural composition. Yet other genres progressively ooze their way onto the set, particularly on the funky bass licks being the driving force on many tracks, such as the almost 8 minute long swagger of 'Walkabout'. The funk attitude is also present on heavy groovers like 'Fat City Strut', and with a name like that I'd expect nothing less. A tinge of psychedelic aura on many of the songs, especially the opener 'Minha Mente', reinforced by the mesmerizing drum fills by Christian Ulrich, make for a well-reinforced acid-jazz environment.

Some dubious elements also make themselves present though. The occasional vocal breaks on some of the songs, like the overly cheesy ones of 'You & Me', tend to disrupt the flow of what would otherwise be a very maturely structured song. Along with that and a fair bit of annoying repetition in many of the songs (in the percussion section especially) do make The Zone withstand a bit more quality it otherwise would have.

Topaz's third album marks another rather good release for the band after 2000's Listen!, and also marks the band's continued level of quality even as they progressed towards their dissolution.